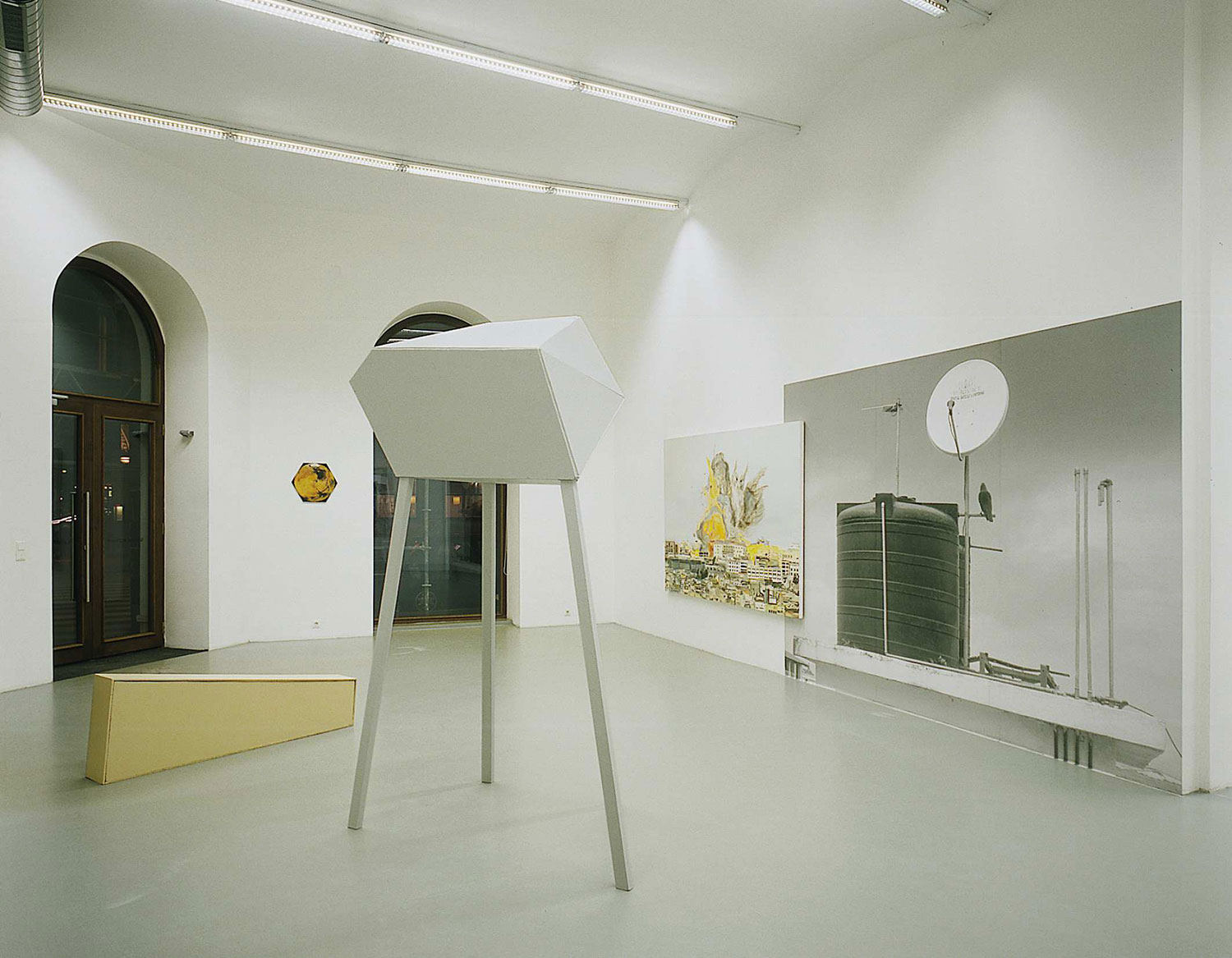 Animals or animal related creatures play an important role in the images conceived by Katrin Plavcak, as could already be seen in earlier works. At first glance kittens, monkeys, goats – like on Heidi’s mountain pasture – dogs and even domesticated wildcats bring to mind a cuddly toy world that has come to life, or the “ humanisation“ of animals, as it confronts us almost Disneyfied in the entertainment industry. However, also in these earlier works the look of the animals, and more too, gives away something about the people occupied with them, something about the world behind this „I’m playing with my animals“ facade. They tell of ambivalent feelings, sidelong, calculating, evil glances from the corner of the eye, wide open eyes full of terror and fear.

In her new works this ambiguity also reaches the animal figures themselves: appearing here are no longer the dog or the kitten, but they are also not the swan, the eagle, the swallow or even the dove, i.e. birds with a „faultless character record“ in the canon of allegorical interpretations. Instead they are those, such as the raven commuting between north and south, east and west, who don’t give a (bird-)shit about immigration regulations and migration rates. A high percentage of crows and ravens which live with us in Vienna are from Ukraine, and the natives among them, as so-called daily commuters, put themselves to the trouble of considerable arrival and departure routes, they come for example from the Waldviertel in the early morning looking for food in the city and in the evening they fly back to their „suburbs“. (Boku/ Ornitholog. Institute).

A painting by René Magritte from 1938/39 entitled „The Present“ shows an eagle dressed in a black jacket. Katrin Plavcak’s chicken run, with its hierarchical order where prancing chickens with clearly human legs listen to the puffed up black cockerel, once again ironically takes up such a satirical metamorphosis of animals towards the human social structure or vice versa.

Ravens, chickens, owls… the „birds“, to whom Katrin Plavcak virtually dedicates her work, all have an ambivalent image, a dark side. The raven, originally the holy animal of the goddess Athena, is swift and shrewd but also gossipy, and because of his indiscretion Apollo is supposed to have changed his white feathers into grim black which from then on would be associated with misfortune and death. And the owl, who replaced the raven at Athena’s side, is regarded as a symbol of knowledge and wisdom but also as a herald of impending downfall and approaching death. Via biblical Edom it is written in Isaiah, „But the cormorant and the bittern shall possess it; the owl and the raven shall dwell in it…“ 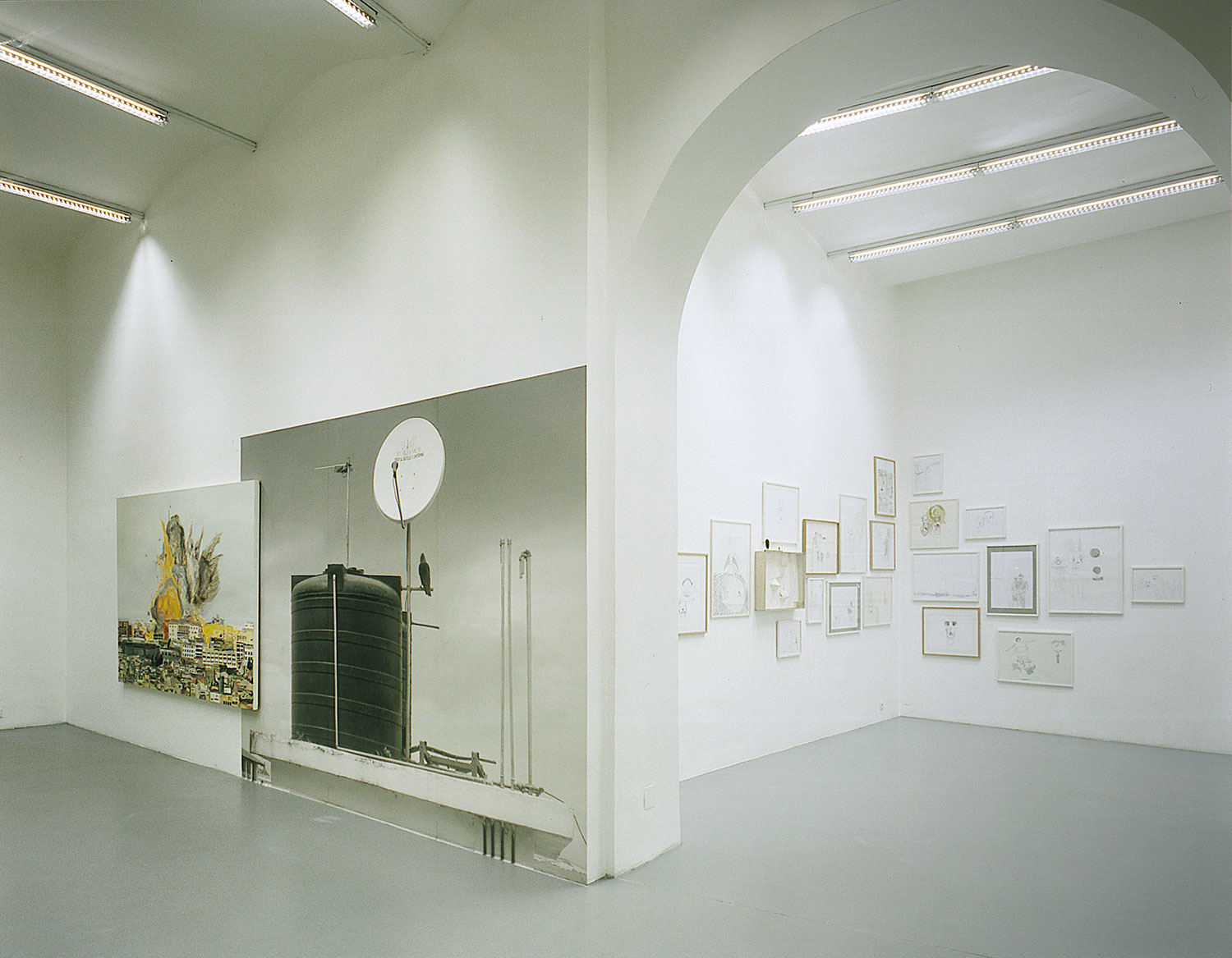 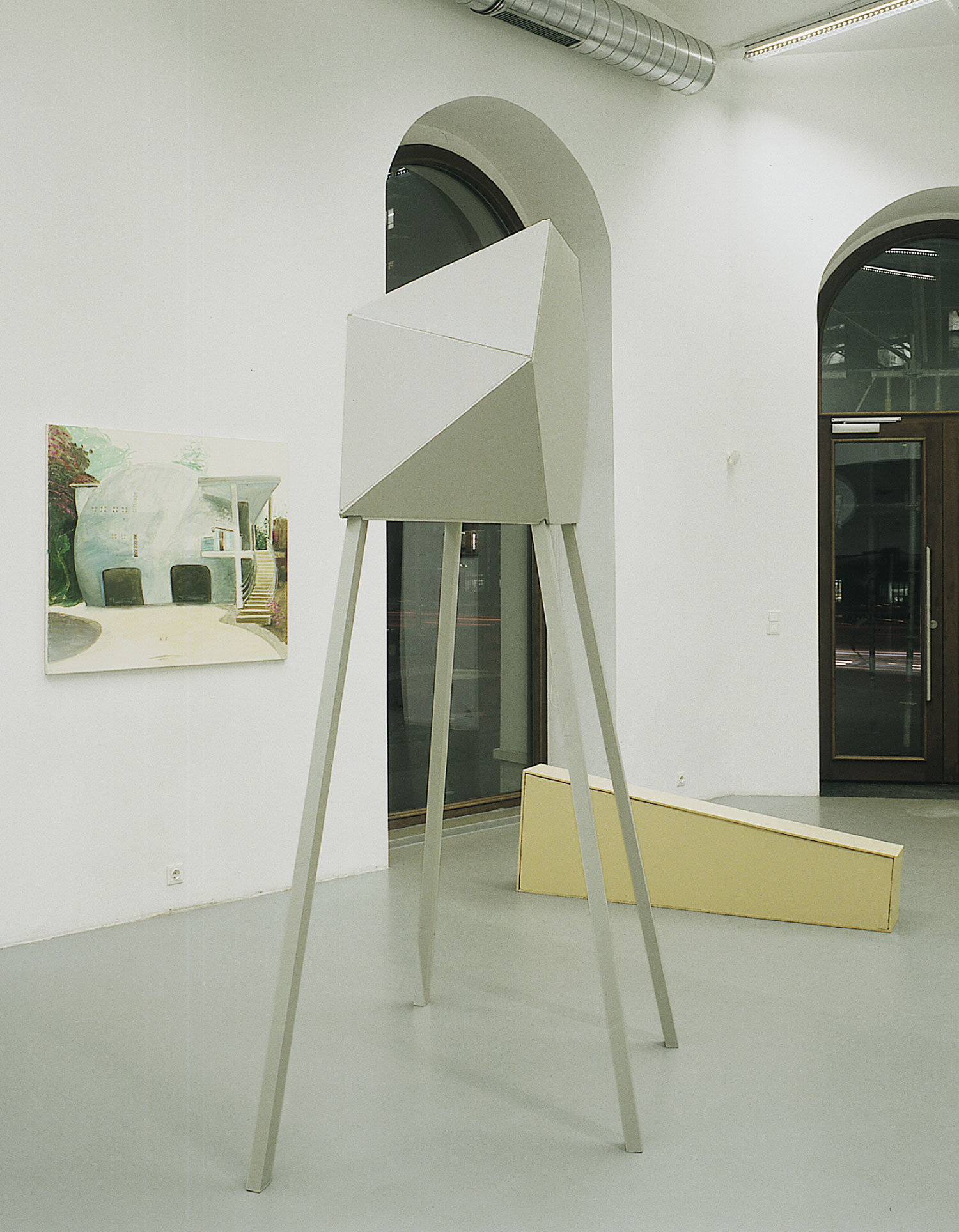 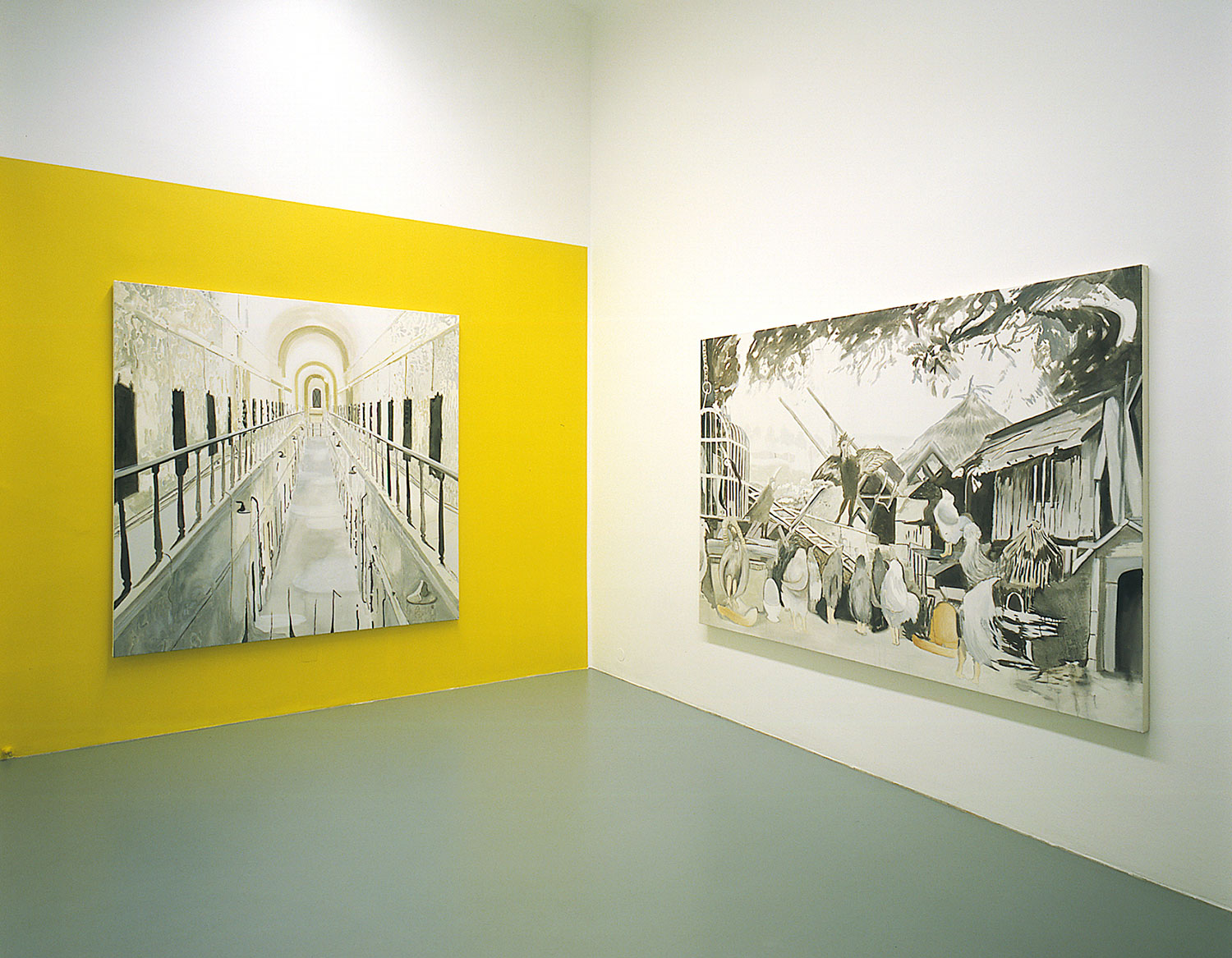 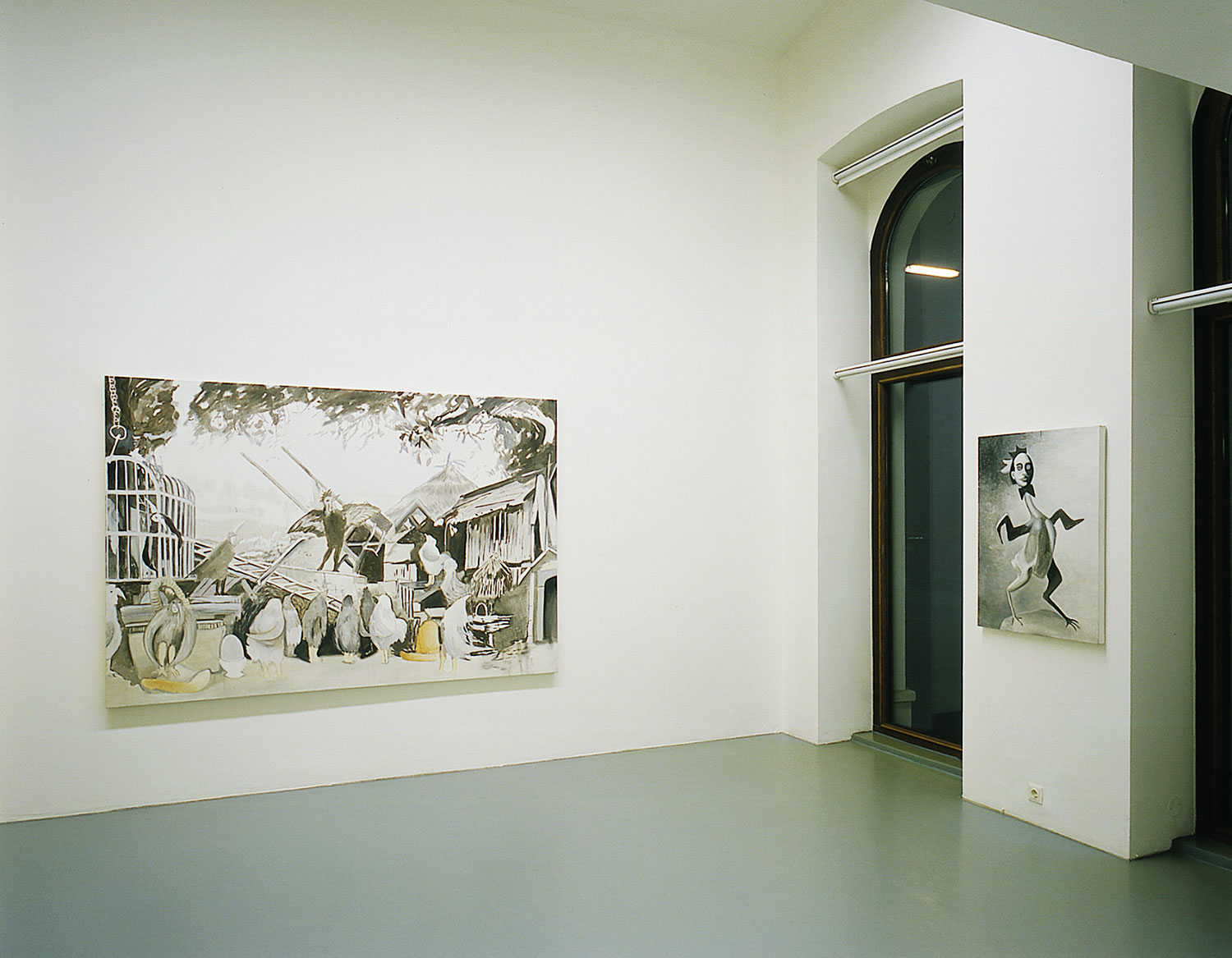 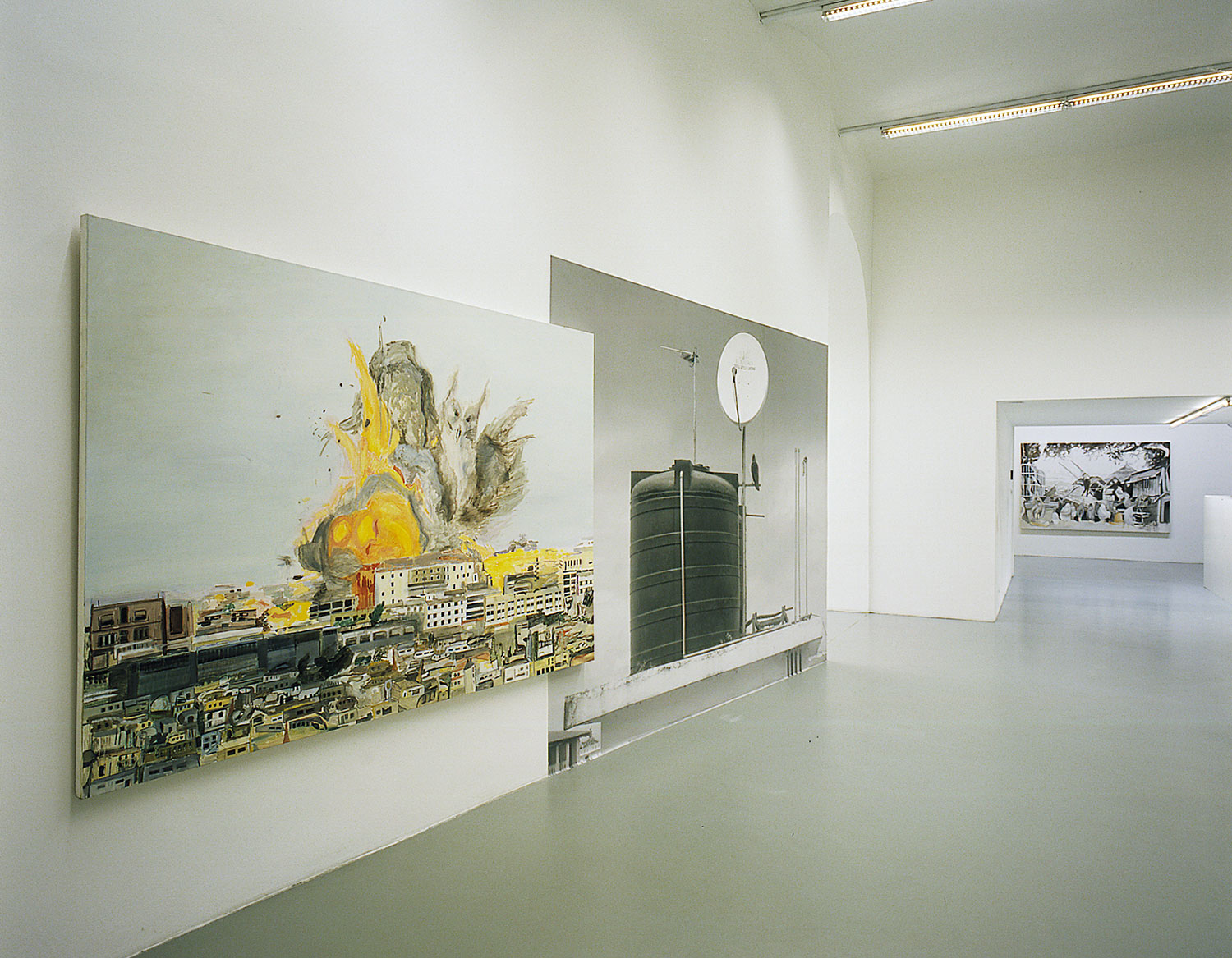