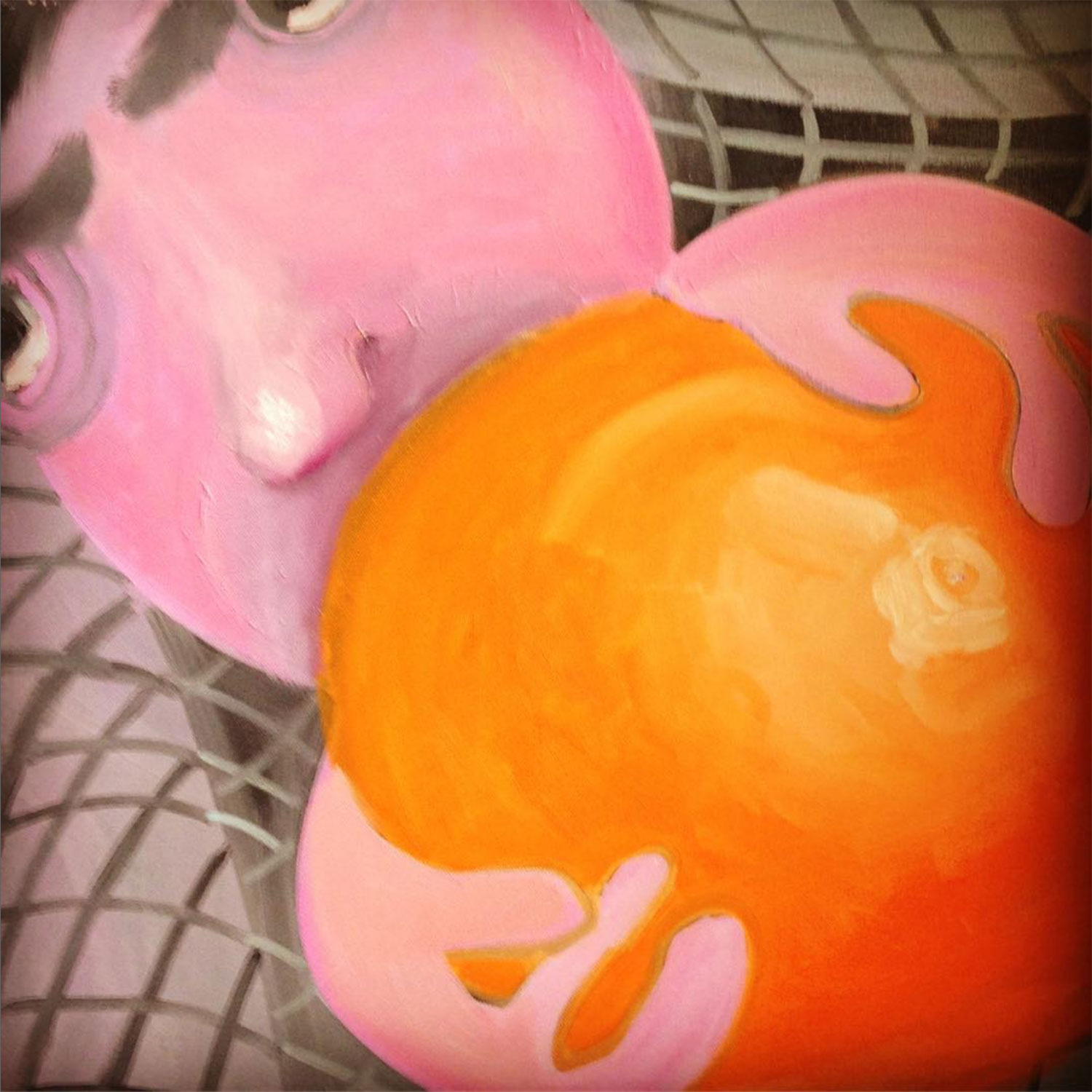 is a planned series of short two week exhibitions focusing on a single work. The long narrow gallery space will be truncated by a viewing wall which can be seen easily from the sidewalk. After the 2 week presentation, the single work will rotate to the back of the gallery to be repositioned into a larger group show as the series continues… Upcoming „Rotation“ artists will be announced soon.

„Plavčak constantly pushes herself to attempt new pictures that remain open; to operate with motifs that appear obscurely quaint or boldly exaggerated, but without becoming unassailably cool and callous. Finally, after at least three decades of postmodern painting, this once again gives us something we have not seen before, something we cannot have seen before – precisely because the pictures remain open rather than lingering in the territory of what is considered somehow ’serious’…“ (Jörg Heiser)